Waves is written and directed by Trey Edward Shults and stars Taylor Russell, Kelvin Harrison Jr., and Sterling K. Brown. It follows a suburban family led by a controlling and complicated father figure (Brown). This was the most visceral movie experience of 2019 for me. It is almost a sensory overload with Shults’ use of beautiful camera movement, pop music, and ear throbbing sound editing and mixing. It is a dark, yet beautiful film filled with award worthy performances that is definitely deserving of a watch.

I don’t feel I need to go in depth about this movie, seeing that it is now the highest grossing movie in history, and every take that could have been had about this film has already been put out on the internet somewhere. I will say that as silly and “theme-park cinema” as these movies can be at times, I also believe that they can be damn entertaining. More than that, they can meaningful, elicit an emotional reaction from their audiences, and often times have a lot to say. Avengers: Endgame was quite possibly the most fun I’ve ever had in a movie theater, and I truly believe they wrapped up this saga just about as well as they could have. 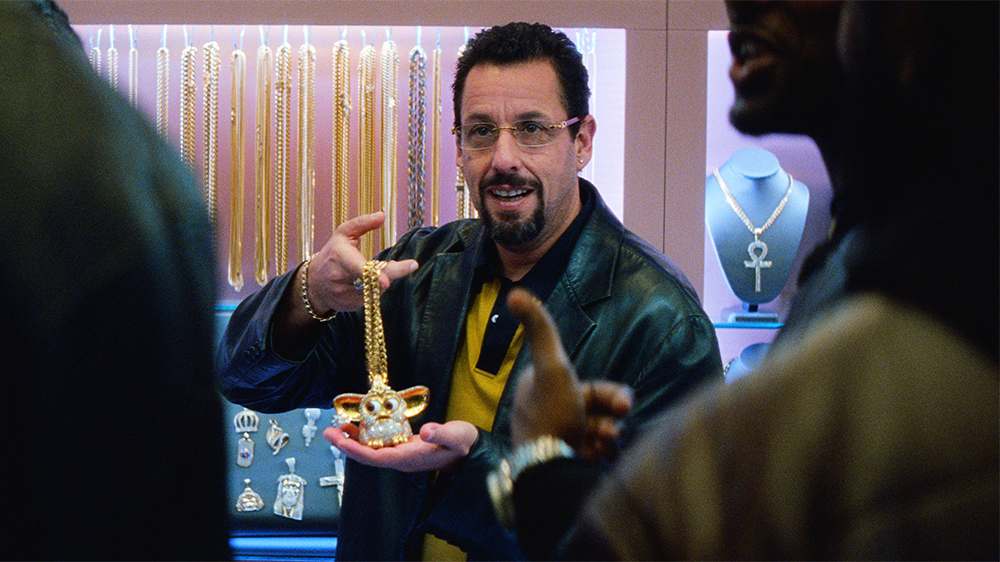 Uncut Gems is written and directed by the Safdie brothers… oh and it’s also a masterpiece. The film is centered around what is perhaps the greatest performance of Adam Sandler’s career. In this movie, Sandler once again proves he can be a great actor when he A) wants to be and B) the material he is given is good. And in Uncut Gems, it’s better than good. Not only is Sandler great, the story is also anxiety-inducing, thrilling, somehow both hilarious and frightening, and wildly entertaining. Moreover, this thing is littered with other great performances. Most notably from Kevin Garnett and Julia Fox who go toe-to-toe with Sandler every time they’re on screen with him. Lakeith Stanfield turns in another great supporting performance in this film as well, further proving why he is one of the most interesting actors of his generation. If you’re into basketball you’ll love this film, if you’re into the world of sports betting you’ll love this film, and if you’re just into movies that hook you from the first scene and don’t get let up until the credits roll, then you’ll also love this film.

P.S. A BIG shoutout to the legend Mike Francesca for his work as well. Thank you Benny and Josh Safdie for his inclusion in the film.

This film is written and directed by the wickedly talented Greta Gerwig, and boasts a powerhouse cast including Saoirse Ronan, Emma Watson, Florence Pugh, Eliza Scanlen, Lauren Dern, Timothee Chalamet, and the GOAT Meryl Streep. I love most of those people I just listed, I also loved Gerwig’s directorial debut Lady Bird—but still as a 20-something-year-old male who has never read this book, I can’t say this was at the top of my most anticipated films of 2019. However, as I was sitting in the theater along with dozens of mother/daughter combos, I was blown away. Gerwig’s talent as a director and writer is undeniable. Saoirse Ronan and Timothee Chalamet are the two most exciting and important actors of their generation, and I want them to make 20 more movies together. This story will move you, Gerwig’s directing will awe you, and the performances will floor you.

Similar to Waves, Her Smell is a smaller film that is somewhat getting lost during the end of year conversation. This movie was released in May and is written and directed by Alex Ross Perry. It tells the story of a self-destructive, aging rock star struggling with addiction—who is played by Elisabeth Moss. The number one thing that stuck with me after I watched this film was the Moss’ performance. I truly believe this is, at the very least, a top three performance of the year. She is the star and the focal point of this entire film, which is told using an unusual five act structure. The viewer, much like the other characters in this film, can’t take their eyes off of her as they watch her go through her life and cause nothing but chaos as she does. However, at the end of this film, this is a character you are rooting for and desperately want to see get back on her feet. Her Smell is a gritty, yet heartwarming tale that will both entertain and move you throughout.

Parasite is a South Korean film from the mind of visionary director Bong Joon-Ho. It tells the story of a poor family who one by one infiltrate the house of a much wealthier family. From there, crazy shit ensues. First let me say, this movie looks breathtaking. Bong Joon-Ho knows how to direct a great looking film. But, he is also just a very smart, talented, and capable man who has given us one of the best films of the year, and one of the most talked about foreign films in recent memory. This film takes a look at classism and the separation between the “haves” and “have-nots,” and although it is set in South Korea, its themes and its messages are universal. They can be so easily related to what is going on in America, which is why I believe it has elicited so much discussion in our country. 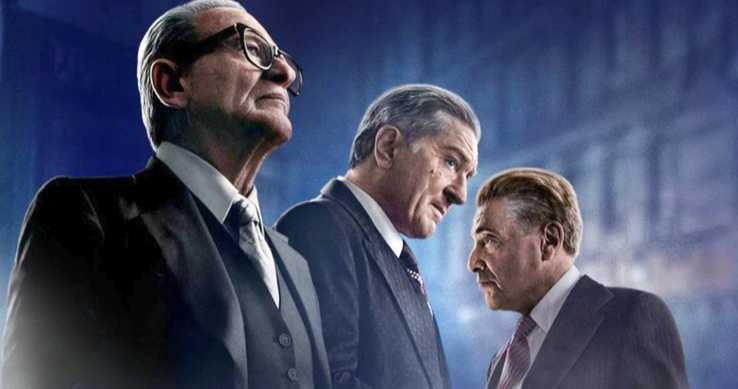 The Irishman is of course directed by the legendary Martin Scorsese and stars a trio of iconic actors in Robert De Niro, Joe Pesci, and Al Pacino. I’m not going to use this little excerpt to talk about the brilliant directing or incredible acting, because with names like Scorsese, De Niro, Pesci, and Pacino, it is obvious that those aspects of the film are tremendous. Instead, I’m going to talk about what has been perhaps the most discussed thing about this film, and that is the length. This is a three and a half hour epic, and I am firmly of the belief that it is absolutely not too long. The length is intentional, purposeful, and adds to the effectiveness of understanding Frank Sheeran’s life. I implore everyone who decides to watch this on Netflix to ignore their phone, their laptop, their loved ones, and their relatives for three hours and a half hours and give this movie your undivided attention. That is the correct way to see it. It’s length is worth it and honestly the last hour is the most impactful, and best part of this incredible filmmaking achievement.

3. Once Upon A Time… in Hollywood 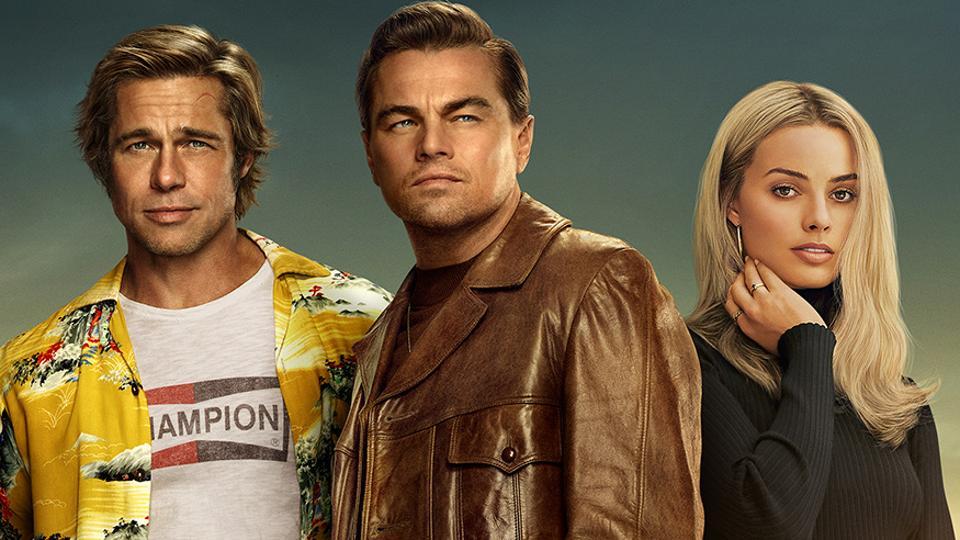 Up next, we have another outstanding achievement by a legendary director. There is a case to be made that Once Upon a Time… in Hollywood is the film that acclaimed director Quentin Tarantino was born to make. In this film, he tackles 1960s Hollywood, forgotten film stars, the business of movie-making, as well as the fucking Manson murders. Oh. and he does it all with three of the biggest movie stars on the planet leading the way. This film is gorgeous and Tarantino creates a world that you just want to spend time in. The payoff is incredible and hilarious, but this film is ultimately carried by its unbelievable performances. Brad Pitt and Leonardo DiCaprio both walk through this film with a mesmerizing, eye-catching quality. From the first frame to the last, you can’t take your eyes off either of them.

This is the one movie on my list that is not showing up on many others, but I must say I unapologetically love this film. Booksmart is the directorial debut of Olivia Wilde and tells the story of two best friends who, on the eve of their high school graduation, realize they worked too much and didn’t spend enough time actually enjoying themselves. So, they try to make up for that all in one night. I will say I’m a little biased because I love a good coming-of-age story, and a good teen comedy, and that is exactly what I got from Booksmart. This, to me, is the funniest movie of the year. It’s stars, Kaitlyn Dever and Beanie Feldstein, are not only hilarious but they have the type of brilliant chemistry that is crucial to a film such as this. The movie is so much fun, but also really does have a good message and things it is trying to say. I thought the more serious moments were pulled off almost flawlessly. They don’t feel corny and it doesn’t feel like the movie is hitting you over the head with some message. Instead, it just all feels real and believable, which is so important in movies centered around young people because they’re usually written by not-young people and it’s sometimes obvious. This film, however, is enjoyable from start to finish.

So, I’m a child of divorce and I mean.. what the fuck are you doing to me Noah Baumbach? In all seriousness, this movie is everything I wanted it to be and worked on me on every level. Baumbach’s script is funny, beautiful, emotional and can be both light and heavy at the same time, often in the same scenes. Adam Driver gives probably the performance of the year but Scarlett Johansson is not far behind. It’s hard for me to put into words why this movie resonated with me as much as it did, because so much of it is just about emotion. The emotion you feel watching it, perhaps about your own life, definitely for these characters though. There is not a winner and a loser, nor a good guy and a bad guy, this is simply a film about people. It takes a truly compassionate look at them going through this incredible difficult time in their lives and explores all the different kinds of effects it has on them. I don’t cry often in movies, but there is a scene involving a letter near the end of this film that got to me. I defy anyone, especially a child of divorce or someone who has been through a divorce themselves, to keep it together during that scene. Marriage Story is beautiful, and important, and my number one film of 2019.