I’m often agitated, I’m frequently bothered, I’m usually confused. There are a lot of things I don’t like or understand. This is a list of those things.

I believe there are a lot of things in society that we, as the human race, could improve on. I’m not talking about war, genocide, racism, poverty, or crime because I’m far too dumb to make any suggestions on those topics. I’m talking about things that consistently show up in our everyday lives, and make me wonder why we haven’t taken any steps to improve them. Many of the things on my list are things we use every single day, yet somehow they absolutely fucking suck. I really don’t get it. I know we have our smartest people trying to figure out how to explore space and cure diseases and all that good stuff, which I’m all for by the way, let’s colonize the moon and get rid of cancer. But, I can’t help but think what the world would be like if we just took a few of those smart people and had them work on the mundane, annoying, tedious issues that show up in our everyday lives. Would a utopian society emerge? Probably not, but at least all of our public bathrooms would contain hand dryers that actually dry our hands in an efficient manner. And isn’t that the dream?

Here is my list of 10 things present in our everyday lives that I think need to be improved upon. (In no particular order)

That’s right, starting off with a big one. Ya know, sometimes America leads the world in technological advancements, and other times we trail far behind. The bathroom is one area in which we really trail behind. Other countries around the world are killing it with bidets while we’re over here cleaning ourselves with dry paper. Paper, as in the same stuff that books are made out of. Let’s update this shit. One popular alternative that exists is flushable wipes. The problem with these wipes though is there is always a news story about how even though they say they’re flushable, they’re actually not. Plus they’re bad for the environment. This makes it hard for 23 year olds who are like, “I like Bernie Sanders, recycling, and trees” to poop and use flushable wipes without feeling a little bit of guilt each time. Trust me, I’m speaking from experience.

Ok, so shoelaces are one of those things that we’ve got like 98% figured out. But I say 98% isn’t fucking good enough. Why do I, and many other people, still have at least two pairs of shoes with laces that come undone all the time while walking? It’s fucking 2020, hey shoemakers/cobblers/whoever is reading this… figure it out. 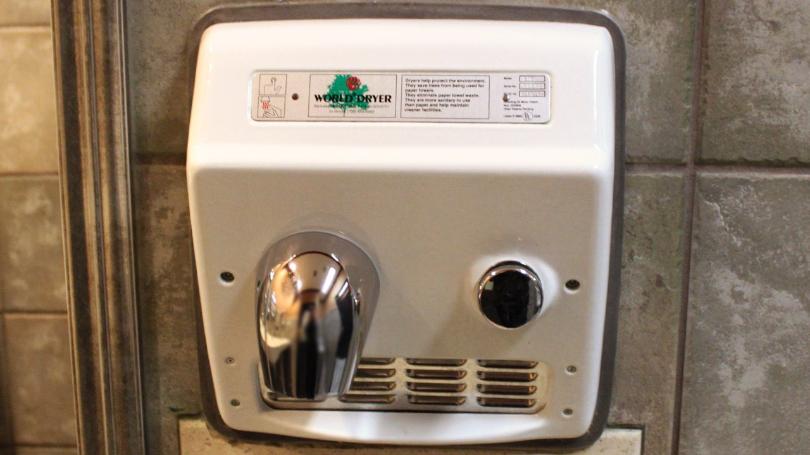 I know I mentioned this one in my intro, but I’m returning to it because this is a real passion of mine. For anyone who doubts this passion, I would like to share a tweet of mine from six years ago as evidence of said passion.

I’ve been fighting this fight for a long time. I will admit that hand dryers in public bathrooms have improved a little over time, but there is still a lot of work to be done. If you were to walk into a public bathroom today, there would be essentially a 50/50 chance that whatever dryer is present will actually dry your hands. Half of them suck, and you either have to commit to standing there for way too long, which no one wants to do because it’s a public bathroom, or say fuck it and walk out with damp hands. If you go with that second option, you will probably end up wiping your hands on your pants to get them completely dry. Next thing you know, it looks like you peed yourself. And yes, that will provide some great classic comedy for you and everyone around you… but at what cost?

I have no idea what this thing is called, but I’m certain everyone knows what I’m talking about. This is the piece of metal the dentist scrapes your teeth with for about 20 minutes, and then afterwards is like, “Wow look at me, I went to medical school.” Congratulations, you learned how to scrape. Seriously though, how have the brilliant minds in the medical field not come up with anything better than what is essentially a small stick made out of metal with a hook attached to the end. It’s 2020 and dentists everywhere are still like, “I’m a professional so you can trust me, I’m going to grab this here piece of metal and start scraping away all the bad stuff,” and we’re like, “Oh thank you, here’s some money.” 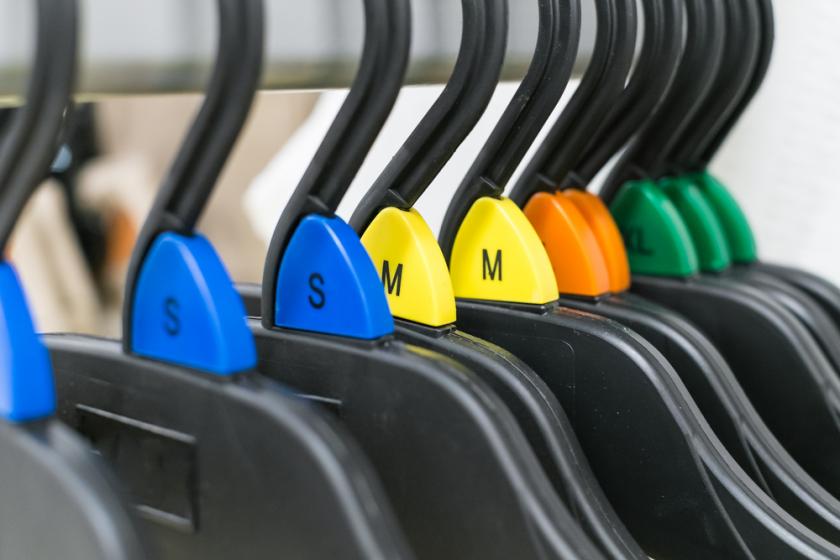 This is a big one, and something that honestly causes me a great deal of frustration on a regular basis. We need to get clothing sizes sorted out ASAP. I do not understand how I can order a large t-shirt from one company, then order a seemingly identical large t-shirt from a different company, and end up with two t-shirts that fit completely differently. Apparently sometimes I need a medium, while other times a large is better, and maybe even an extra large will work on some occasions. This happens with all articles of clothing for both males and females. It can make shopping online an absolute nightmare. Perhaps the worst example of this is with shoes. I’m sorry, but aren’t all shoes measured on the same fucking scale? Apparently not, because somehow I can order a pair of shoes from Nike and another pair from Adidas and they will, without explanation, fit slightly different. There is no excuse for this. 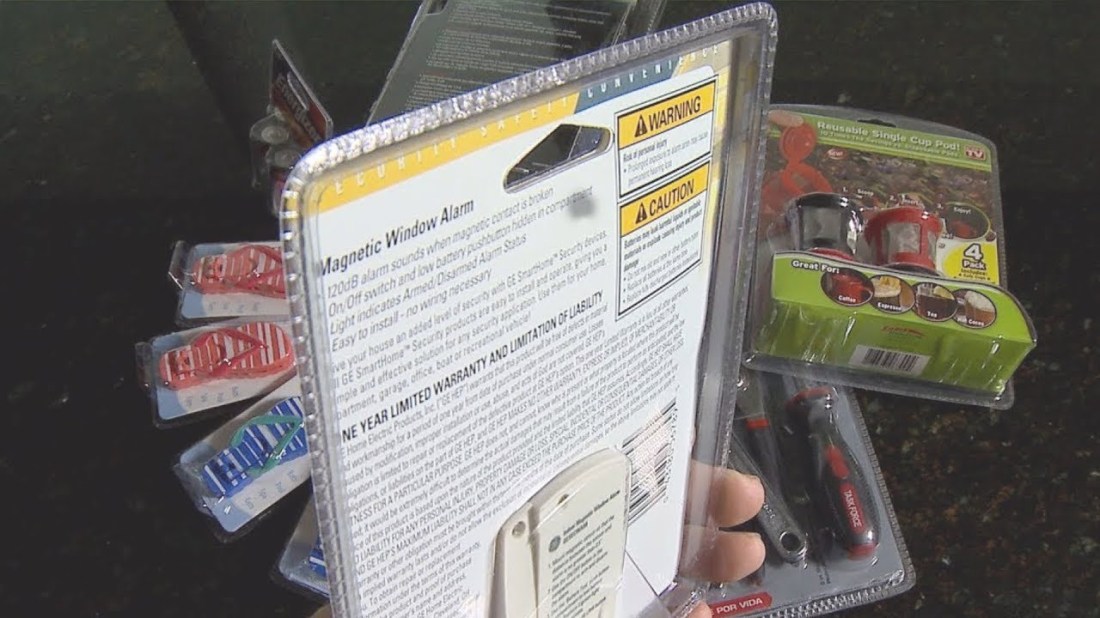 I don’t know what this stuff is technically called, but I know I don’t like it and neither do you. Why do companies use this? And, how come so many companies use this on products that definitely do not need it? I can assure you, my toothbrush certainly doesn’t need to be vacuum sealed in plastic, I’ll be alright. One day I’m going to end up cutting myself with a kitchen knife by accident simply because I was trying to properly take care of my oral hygiene. How is that fair?

Am I running out of ideas while trying to get this list to a full ten items? Possibly, but that doesn’t change the fact that ice trays suck. Here’s a wild idea, just spitballing honestly, but if the purpose of the item is to create ice cubes, then we should probably make it easy for people to actually access those ice cubes. The whole purpose of an ice tray is for you to actually use the ice, it’s not there just to sit in your freezer for aesthetic purposes. We want our drinks cold, give us our goddamn ice. Be better. 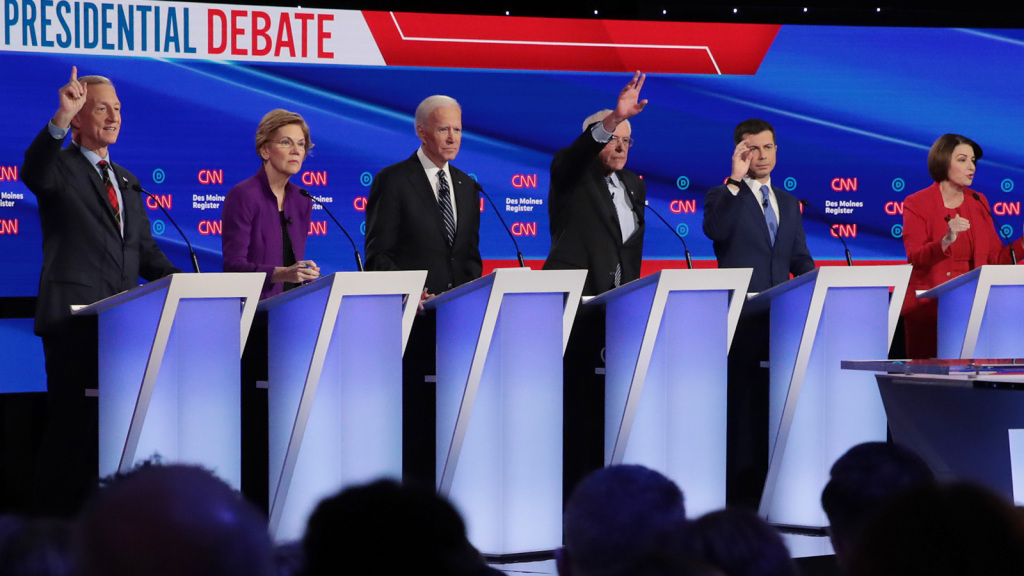 That’s right, I’m getting real topical now. I’m not going to get into actual politics here, but I think one thing we can all agree on is that these things suck. I don’t understand how there never seems to be any real improvements made to them. They’ll try to establish “rules” at the beginning of a debate that deal with time-limits candidates get to speak and things of that nature, but they’re never followed and nobody ever answers a question directly. We need a real life version of Will McAvoy from The Newsroom to come in and give these things an overhaul because it’s getting rough. 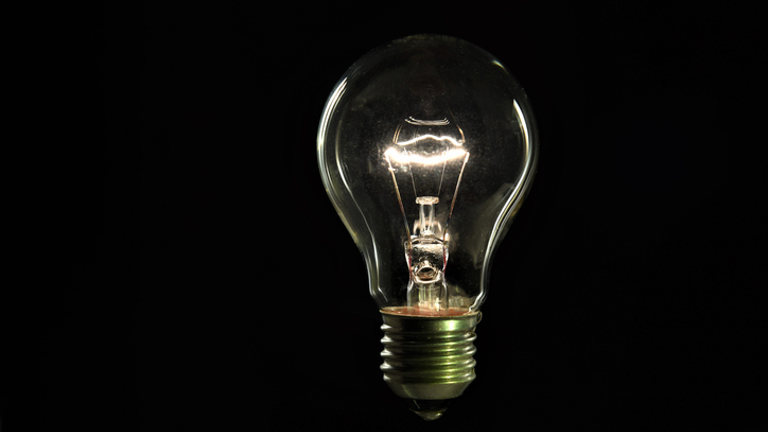 Did you know there is a light bulb in California that has been burning since 1901? Well, it’s true, it’s called the Centennial Light Bulb. Do you now feel like an absolute moron for going to the store every few months to buy new light bulbs? You should. This is something that doesn’t even need to be improved upon because the improved version already exists, we just need to be granted access to it. Yeah, I guess light bulb companies have to stay in business or whatever but based on the Centennial Light Bulb, it’s kind of bullshit that you ever to have change a single light bulb in your entire life.

Here’s my brief theory, if people at NASA can communicate with people in space stations, and also control the Mars Rover from Earth, then there is absolutely no reason why I should ever have poor cell phone reception. I don’t get it. I don’t care where I am, at this point in human history, I should have good cell phone reception literally everywhere. They built a fucking remote control car that works on Mars, I should be able to use my phone on literally every inch of this planet.