Community is arguably one of the greatest television shows of the past decade, not to mention one of the smartest and funniest sitcoms ever written. The show’s six seasons were filled with incredibly hilarious moments on screen, and a fair amount of drama behind-the-scenes as well. Since the show premiered back in 2009, Community has had one of the most passionate fanbases of any popular series. Fans of this show have very strong opinions on which seasons are the best, and which seasons are the worst. I want to use this blog as an opportunity to explore my own feelings on each of the six seasons individually, as well as the show as a whole.

As I alluded to earlier, perhaps Community‘s crowning achievement is how it simultaneously managed to be incredibly smart and absurdly silly. That unique tone, mixed with one of the best sitcom casts ever assembled, is what made this show so successful. However, that success was not necessarily consistent throughout the course of the show’s six seasons. There are several reasons why the quality of Community altered over time, including cast members exiting the show early and Community‘s creator, Dan Harmon, being absent from the show during its fourth season. Regardless of these peaks and valleys in quality, the backstage drama, and the consistent threat of cancellation that loomed over the show throughout, Community was able to run for a total of 110 episodes, and is still adored by tons of fans today. Those fans, including myself, are still waiting for the movie part of #SixSeasonsAndAMovie to become a reality. But as we wait, we still have those 110 episodes to keep us entertained.

Much like when I ranked the seasons of The Office, I am going to rank the seasons of Community from worst to best. Additionally, I will be including my choice for the best episode from each particular season.

Most Community fans consider Season Four to be the show’s worst. This is mainly due to the absence of series creator, Dan Harmon. Harmon was fired at the end of Season Three, which placed the series in the hands of new showrunners for Season Four, before Harmon’s eventual return in Season Five. Although I probably don’t consider this season to be as bad as some other hardcore fans do, I can’t deny that the show just felt a little off without Harmon in control. Season Four does have a handful of entertaining episodes, but as a whole there were just too many misguided storylines and forced moments. The new team that was put in place to run Season Four felt like they were simply trying to imitate the first three seasons, rather than create anything new.  The “Changnesia” storyline was convoluted, distracting, and ultimately just not that funny. This season also suffered from the attempted Troy and Britta relationship that now feels bizarre and completely unnecessary on a rewatch of the show. Probably the best part about Season Four is that, unlike the seasons to come, the original cast was still intact for it. I don’t consider this season to be completely unwatchable or anything like that, but when compared to the other five seasons of Community, there is no doubt in my mind that Season Four is the worst.

Best Episode of the Season: “Herstory of Dance” (Episode 8) 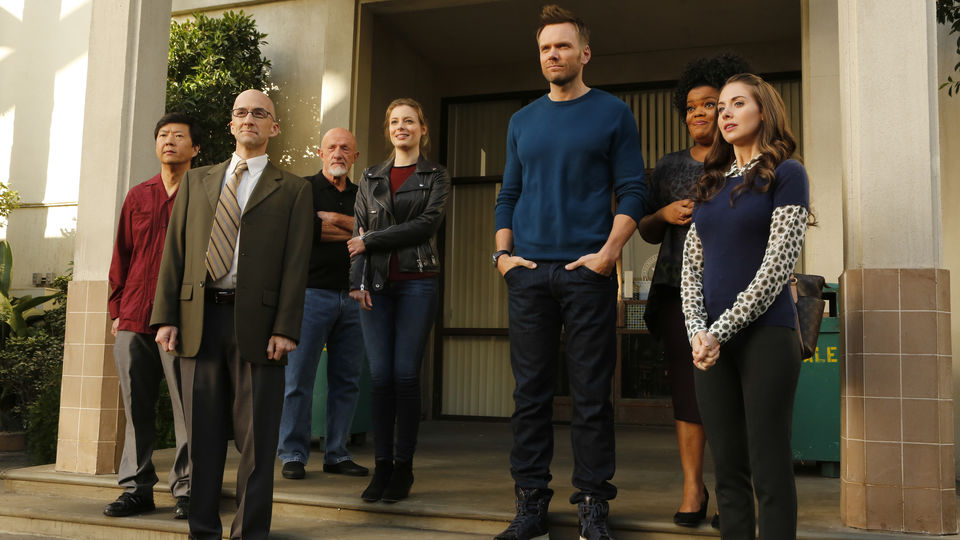 Since Community is a show about a group of friends in college, a time in ones life that usually lasts only four years, the fifth season was destined to be the most difficult to pull off from the beginning. This season faced even more challenges when Chevy Chase, who played Pierce, decided not to return to the show after Season Four, and Donald Glover, who played Troy, only stuck around for the first five episodes of Season Five before departing as well. However, as I noted earlier, Harmon did return for Season Five, which invigorated both the fans and the remaining cast members. At the end of the day though, the result of Season Five was a mixed bag. The return of Harmon and his energy definitely helped, but the season as a whole just felt a little bit messier than the prime seasons of the show. The season definitely got off to be a bit of an awkward start because the characters were now out of college. Furthermore, although the inclusion of Jonathan Banks and the return of John Oliver definitely helped make up for Chase and Glover’s departures, the absence of Troy and Pierce could still be felt. One thing in particular that was frustrating about Season Five was Harmon’s insistence on poking fun at Season Four. Clearly, Harmon did not appreciate being fired from the show and didn’t enjoy the one season that he was not a part of, which is understandable. However, he spends a great deal of time in Season Five criticizing Season Four, which ultimately became tiresome for fans. That being said, Season Five is still incredibly funny and Harmon’s return definitely helped recapture some of the magic that the first three seasons had.

Community’s final season ranks at the number four spot on my list. As fans of the show know, NBC axed the series after Season Five, which led to it being picked up by the streaming service Yahoo! Screen—a service I don’t even think exists anymore—for the sixth and final season. Also, after the departures of Glover and Chase the previous year, Community lost another main cast member for Season Six. Yvette Nicole Brown, who played Shirley, was absent from a majority of the show’s final 13 episodes. Despite all of that, Season Six actually managed to be the funniest Community season since Season Three, and a fitting conclusion to this wonderful show. Because we had already gone through a season of the “post-college” era of Community, Season Six felt much less awkward and clunky than Season Five. Furthermore, the additions of Paget Brewster’s Frankie Dart and Keith David’s Elroy Patashnik really helped fill out the rapidly vanishing cast. Unlike Jonathan Banks, who just felt like he was there to fill a vacant role, Brewster and David actually came in and added real value to the show. They changed the group dynamic amongst the main cast of characters, which ultimately felt refreshing. It is hard to try something new at the end of a show’s run and actually be successful but Community managed to pull it off. Moreover, Community has one of the most unique, satisfying, and creative final episodes of any show in recent years.

Before I delve deeper into Season One, I want to say that the first three seasons of Community make up one of the most impressive beginning runs of any show in sitcom history. The series was nearly flawless for three consecutive seasons, which makes these three seasons very difficult to rank. For now, Season One lands at the number three spot but truthfully that could change if I were to make this list on a different day. This was the season that introduced us all to this eclectic and lovable group of characters. Season One contains some of the funniest and most memorable moments of the show’s entire history.  At the time of its debut back in 2009, it was clear that Community was going to be different from all the other network sitcoms on air around that time. The reason this season does not rank higher on my list is because I feel that the show really hits its stride in the next two seasons. There are certain storylines and character traits included in Season One that are ultimately cast aside, for the better, in the following two seasons. It is clear that the cast and the writers really find the identity of the show in Season Two and Season Three. That being said, Season One is still amazing. It is the season that announced Community to the world as one of the funniest and most well-written shows on television, and laid the groundwork for the rest of the series as well.

Season Three may not be as great as Season Two, but it’s pretty close. At this point of the show, the characters are all fully realized and the tone of the show is understood by both the people making it and the people watching it. I don’t believe it is hyperbole to say that Season Three of Community includes some of the most creative television episodes of the past decade. Conceptual episodes like “Digital Estate Planning,” “Pillows and Blankets,” and “Basic Lupine Urology” are all some of the best episodes of the entire series. The final story-arc revolving around the “Greendale Seven,” injected a lot of entertainment into the final few episodes of the season as well. Of course, one cannot write about Season Three without mentioning possibly the best episode of the entire series, “Remedial Chaos Theory.” This episode is quite possibly Community‘s, and Dan Harmon’s, shining moment. It is the episode that comes to many fan’s minds when they think about Community. Season Three was the final 20+ episode season for Community, and really feels like the end of an era for the show. Although it would go on to run for three more seasons, I’ve always felt that you can split up Community into two distinct eras: Seasons 1-3 and Seasons 4-6. As much as I enjoy many episodes that appear in the final three seasons, I’d argue that Community was never truly the same after Season Three. This makes rewatching this particular season sort-of bittersweet, because you know the show never returns to these heights. Still, Season Three is one of the best seasons of recent sitcom history, and wrapped up one of the most beloved three season runs of any show in recent memory. 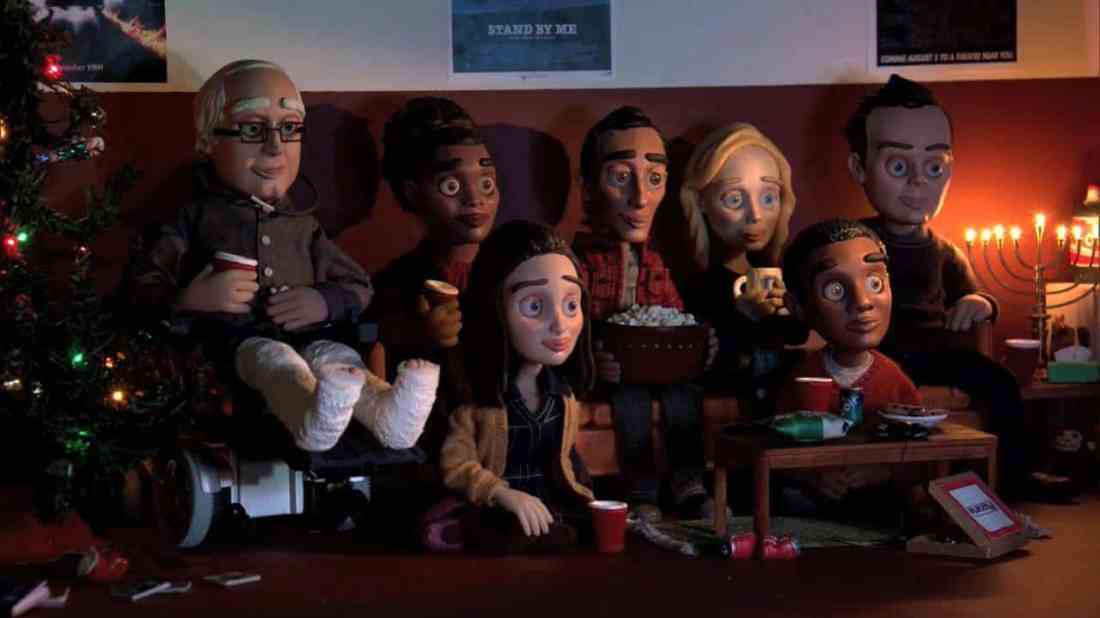 In my opinion, Season Two is the greatest season in the history of Community. It took some trial and error in Season One to figure out what this show should ultimately look like going forward, and by the time Season Two rolled around, Harmon and the writers had a clear grasp on what the true identity of this show was. Just like Season Three, Season Two contains some of the most memorable episodes of the entire series including “Basic Rocket Science,” “Cooperative Calligraphy,” “Mixology Certification,” “Advanced Dungeons and Dragons,” and of course the two-part finale “A Fist Full of Paintballs” & “For a Few Paintballs More.” The reason I chose to rank Season Two over Season Three is because it’s really in Season Two when this show finds itself. The show’s weird, specific, quirky, and unique style becomes fully developed in Season Two. Also, supporting cast members such as Jim Rash, Ken Jeong, and John Oliver all get their roles increased in Season Two, which adds a great amount of humor and entertainment to this particular season. For as great as Season One is and was, Season Two is when Community became Community, which ultimately led to me ranking it ahead of Season Three. These rankings were not easy to sort out, especially the top three. At the end of the day, all six of these seasons, including Season Four, have something special about them, and contain some incredible and hilarious episodes. I truly believe Community is one of the best sitcoms of all time, and am grateful for all the work that Harmon, the writing staff, and the entire cast did in order to make this show as great as it was for six years.

One thought on “Every Season of Community – Ranked”